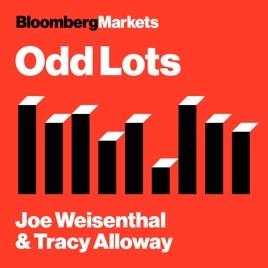 What Negative Interest Rates Mean for the World

The amount of negative-yielding debt keeps climbing and now includes bonds issued by emerging market countries and some junk-rated companies. On this week’s episode, we talk to Viktor Shvets, Macquarie’s Head of Asia Strategy, about why interest rates keep getting lower and why that’s a problem for the global economy and financial system. He argues that undermining the ‘time value’ of money–or the principle that money available now is worth more than money in the future because you can use it to earn additional money–won’t lead to economic growth. In fact, he says, negative rates are going to end up leading to a rethink of modern capitalism and political society once people realize they have big consequences. He’s also one of the few sell-side analysts who takes Modern Monetary Theory (MMT) pretty seriously.