We continue to live in strange times although the end is in sight as far as the pandemic is concerned. What is amazing is the lack of interest in Brexit given how it had dominated the media coverage and houses of parlament over previous few years. The virus has absorbed the mental capacity of the nation.

We have just experienced the first time nations have voluntarily shut down their economies for health reasons. Every crisis in the past has been caused by economic shocks or war. As a result we have limited past experience to draw upon and all governments are wary of doing too little too late. There is definitely a lack of caution all round as each country seeks to revive its economy. Any error of judgement will be in the direction of spending, borrowing or printing too much money. We may eventually have government loans which are never repaid rather like war loans issued during the world war. However it is possible to see some trends through the fog we are experiencing:

The FTSE 100 has be languishing in the duldrums having suffered the economic impact of the pandemic and is now facing Brexit without the chance to recover. Despite this, diversified portfolios have recovered relatively well as global markets have seen greater levels of recovery. As you will see later on, our portfolios have less than 20% allocated within the UK and are protected, somewhat, from the domestic headwinds facing investors.

The following charts show the asset allocation of each fund relative to the portfolio as a whole. This highlights the different “house” views which, in some areas, are in opposition to the other funds. Standard Life & Vanguard put more weight in equities while HSBC and Legal & General take a more cautious approach. The aim of having such differing approaches is to reduce the impact of a “black swan” event. When markets experience turbulence at a level that challenges the fundamental value of investments, the probability of errors in judgement increase. Combining managers who have different views on the optimal strategy in today’s markets should reduce the chance of them collectively falling into the same trap in a crisis. Although the strategies are different, each fund has managed to outperform the benchmark on a “risk adjusted” basis in their own right.

The following charts show the breakdown between the asset classes within our cautious portfolio. 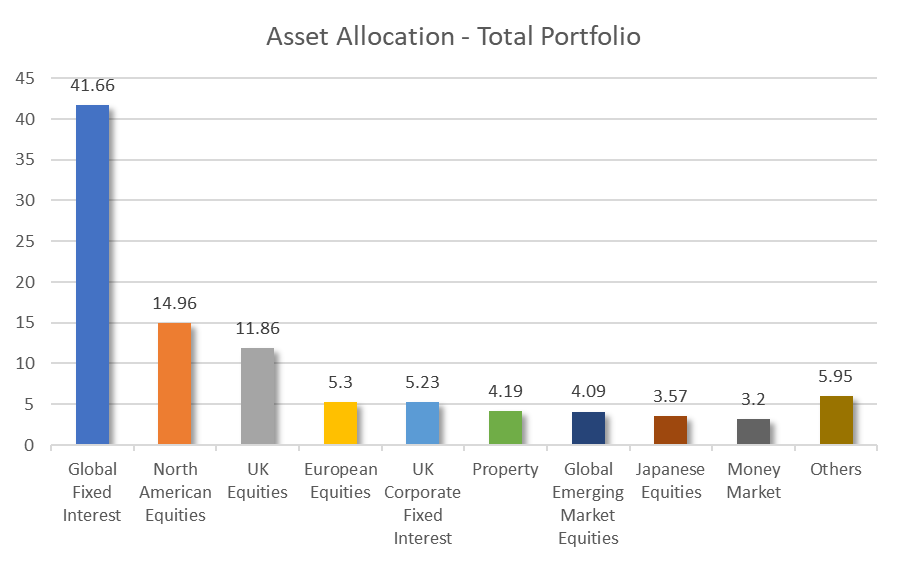 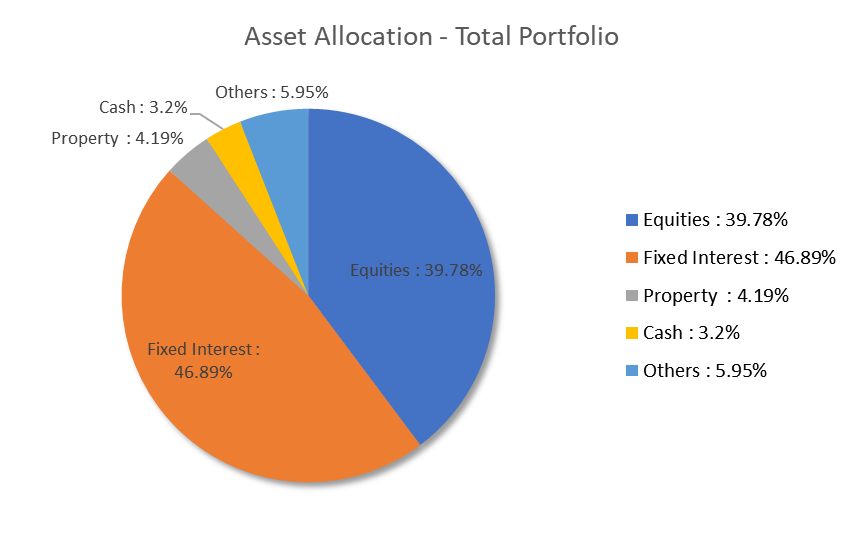